The Evolution of Public Warning: From Paul Revere to Social Media

Listen, my children, and you shall hear….Of the midnight ride of Paul Revere 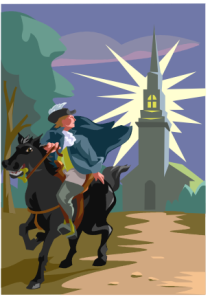 For many Emergency Managers, the term “public warning” may conger thoughts of the Emergency Alert System and sirens.  Although highly valuable components of a comprehensive warning program, we must question the effectiveness of these warning methods in modern culture both in terms of reaching our target population as well as achieving the desired result of motivating those individuals to take appropriate protective actions. Can we leverage other new technology platforms to trigger “old tech” public response?
The Emergency Alert System (EAS), in its traditional capacity, relies on mainstream broadcasters (radio and television), to deliver an audio message to the public to provide warning of a potential threat as well as recommended protective actions. While EAS fills a very large and critical role in warning the public of such events, there are several factors that limit its reach and effectiveness. In modern culture, many individuals no longer turn to traditional broadcast media for information or entertainment. They may be viewing network programming via DirecTV, listening to XM Radio, watching programming via Hulu, or keeping up with friends on a social network such as Twitter or Facebook. Although some of these voids may be filled through the development of the Integrated Public Alert & Warning System (IPAWS) many of the benefits that will hopefully be gained through IPAWS implementation will realistically take quite a long time to materialize.
So, as Longfellow lays out his (at times historically inaccurate) tale of Paul Revere, what can we learn from this very simple public warning campaign carried out by a patriot over two-hundred years ago? Let’s spend a moment to examine Revere’s version of an emergency notification system. As part of the Sons of Liberty, Revere and others monitored the movements of the British “regular army” and devised a plan to warn those in Concord and Lexington of any advancement the army made. On April 18, 1775 the army began to cross the Charles River and their plans were put into action. 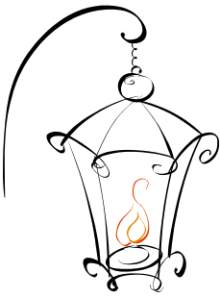 The sexton of the Old North Church hung two lanterns from the steeple to provide a visual warning to Charlestown located on the opposite shore that troops were advancing by river. Although not intended to be a primary method of warning, this was done in the event that riders were captured and unable to reach their destinations. As Revere set off on horseback directly over the river to Lexington via Charlestown, William Dawes took off for Lexington on a longer route. Both riders stopped at various points along their route warning others who in turn set out on horseback to carry the word. It is said that as many as forty riders from throughout the county joined the effort further spreading the message.

As we can see from a brief look at the events of April 18, 1775, Paul Revere and the Sons of Liberty realized something about delivering a warning that we frequently forget or underestimate today: to ensure effective warning and an effective response, we must ensure that our delivery paths include redundancy, diversification, and amplification.

Fearing capture, redundancy was achieved by these patriots as they took two different routes to Lexington. They also ensured further redundancy, in the event that they would both be captured, by diversifying their warning method to include a visual warning by lantern to Charlestown. Finally, and perhaps the most highly successful, they amplified the message by stopping along their route and warning others who in turn warned their neighbors and then carried the message further.

As Emergency Managers, we have many tools available to us to achieve the same type of redundancy, diversification, and amplification that Revere, et al. employed. We must continue to embrace traditional warning concepts such as EAS and warning sirens, however, they are only one piece of the puzzle and have significant limitations. A couple of things to consider: 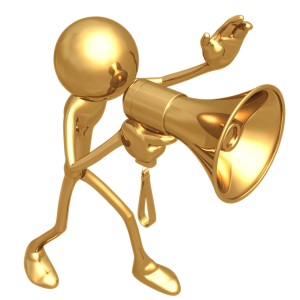 The final warning component that I would like to focus on, however, is message amplification. Revere and cohorts achieved this by stopping at homes and adding additional riders to spread the word.  Today, emergency managers can significantly leverage the population to further disseminate warnings. In fact, the public will do this whether you ask them to or not. What you can do however is provide them the message via a medium that simplifies that process.  By utilizing social media services such as Twitter and Facebook, you can place your warning message into the public domain. Both of these services make it very easy for users to further share information that they receive. In the case of Twitter, a user can simply click a “re-tweet” button to further spread your message to all of their followers.  The same is true of Facebook’s “Share” button thus spreading your message to all of their friends.  In the social media world, when content spreads from person to person it is known to be “viral”. Yes even in a pandemic, warning messages spreading virally is highly desirable to achieve.

Increasingly, people look to confirm information regarding a threat from multiple sources.  By diversifying and amplifying your warning message you can increase the chance that your citizens will see your message via multiple different outlets thus providing that level of confirmation and assurance regarding the validity of the threat and the need to take prescribed protective measures.  The same is true when your message is being shared with them by a friend through a social network. With a little luck by placing this information into the social stream you can also create relatively easy to track intelligence regarding the emergency, however, that is a subject for a different day.

So, what can we do to facilitate the “new old way” of warning?

3 responses to “The Evolution of Public Warning: From Paul Revere to Social Media”